Hibernation is the key to winter survival for many small mammals and for one large one (bears). By strongly suppressing metabolic rate, falling into a deep torpor and letting body temperature (Tb) drop to low values, hibernators can save as much as 90% of the energy that they would otherwise need to keep their bodies warm (~37°C) over the winter. During hibernation all body functions drop to low levels -- for example, in hibernating ground squirrels, core body temperature can fall to 5°C, heart rate drops to only 5-10 beats per minute (normal resting values are 350-400 beats per minute), breathing drops from greater than 40 to less than 1 breath per minute and breathing patterns can include minutes to hours of breath-hold (called apnea). Metabolic rate in animals hibernating with a core body temperature 0-5°C is typically only 1-5 % of the normal resting rate at 37°C. The biochemical and physiological mechanisms that regulate hibernation are fascinating and exploration of these is not only key to understanding this amazing phenomenon but can also illuminate answers to applied problems in human health such as how to extend the viability of mammalian organs removed for transplant or how to limit atrophy (muscle wasting) during long periods of skeletal muscle inactivity or even how to induce dormancy to allow astronauts to undertake long space flights. 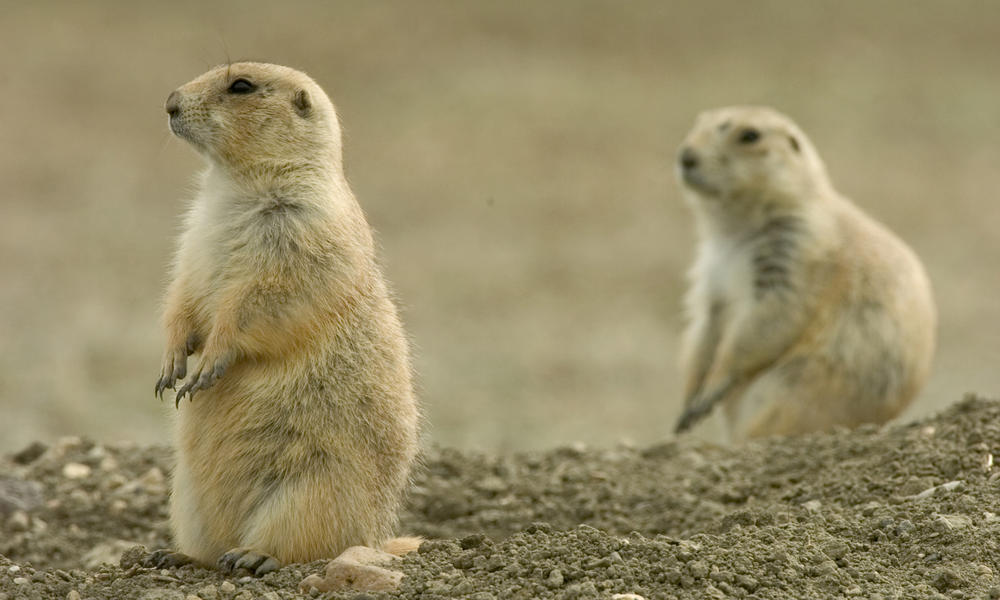 At a biochemical level Storey lab research has identified several mechanisms that contribute to metabolic rate depression, not only in hibernators but as general principles across the animal kingdom. Among these are: (a) Reversible phosphorylation of key enzymes and functional proteins to produce less active forms and coordinate a global suppression of metabolic rate, (b) Epigenetic controls that act similarly on DNA to lower gene activity, (c) Enhanced antioxidant defenses to protect macromolecules during long term dormancy and to minimize damage due to rapid production of oxygen free radicals when metabolic rate rises rapidly at the end of torpor, (d) Changes in the levels of allosteric effectors of enzymes for fine control of various metabolic pathways, and (e) Breakup of various active protein/enzyme complexes (e.g. ribosomes synthesizing proteins) and formation of storage granules to keep precious components (e.g. gene transcripts) safe until the animal returns to active life.