The edible common periwinkle (Littorina littorea) is a marine gastropod mollusc that is capable of surviving the extended periods of oxygen deprivation and freezing associated with its intertidal lifestyle on the north eastern and western rocky coasts of the Atlantic Ocean. Intertidal zones are one of the harshest environments as animals that reside there must be able to cope with the wide variations in water and oxygen availability, temperature, and salinity on both daily and seasonal timescales. Since its arrival to North America it has become the most abundant shallow-water herbivorous snail and has even displaced other native snails. This gill-breathing facultative anaerobe has developed a variety of biochemical and physiological adaptations to facilitate anoxia tolerance including metabolic rate depression, regulation of carbohydrates, amino acids, and other fermentable fuels, and intricate control over signal transduction pathways. It has developed preventative antioxidant defense mechanisms that allow it to deal with the potential damage from reactive oxygen species that are generated when switching from anoxic conditions back to aerobic conditions. This marine snail relies on key enzyme regulation via reversible protein phosphorylation to depress its metabolic rate to 10% of its aerobic rate at the same temperature providing it with valuable energy savings.

Our work on common periwinkle snails so far! 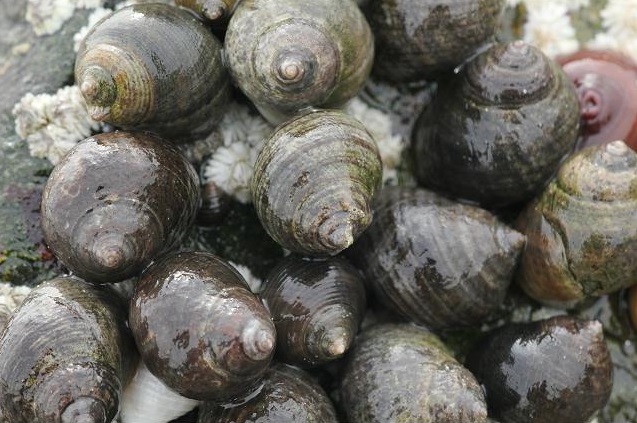