Couch's spadefoot toad (Scaphiopus couchii)  is a native of arid regions of the American southwest. Toads spend about 10 months of the year estivating underground in sandy, well-drained soils and emerge with the first torrential rains of summer to enter a frenzy of breeding and egg laying in the temporary ponds created by the heavy runoff. All of this activity can all be over in less than 24 hours. Interestingly, adult spadefoots do not rely on moisture from the summer thunderstorms as their cue for emergence but rather detect low frequency sound or vibration caused by the rainfall or thunder. To ensure that the next generation has the best chance for survival before the rainwater pools disappear, the newly laid eggs can hatch in as quickly as 15 hours and the tadpoles can metamorphose in as little as 9 days! Tadpoles are usually vegetarian but if water levels fall too low, bigger tadpoles turn carnivorous and eat their smaller fellows to speed their development and transformation. Adults gorge themselves on insects and other small creatures, quickly build up their body fuel reserves, and then retreat underground (digging with their clawed hind legs) for another year. During underground estivation, metabolic rate drops to about 20-30% of the resting rate of aroused toads and breathing is intermittent to minimize the loss of water vapour. 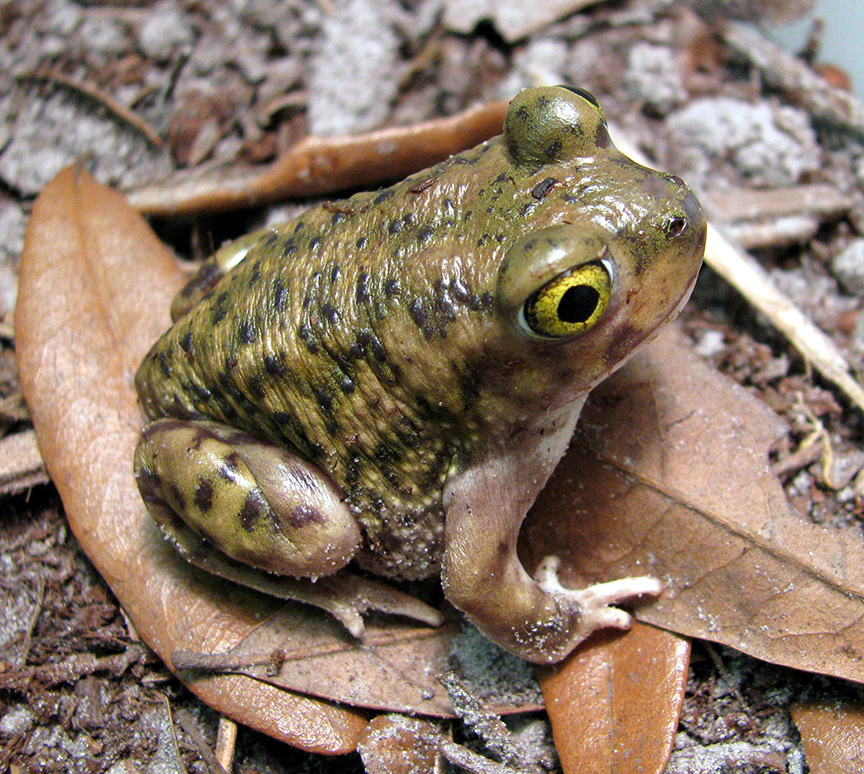 Metabolism while estivating depends primarily on the catabolism of body lipid reserves but protein catabolism increases when estivation is prolonged. Toads enter estivation with a huge reserve of water in their bladder which they resorb over time to replace water that is lost during breathing or across their skin. When the soil dries out and water loss begins to be severe, protein catabolism increases and toads use the waste nitrogen that is released to synthesize urea. Accumulated urea raises the osmotic concentration of their body fluids and helps to retard further water loss. Handling this amphibian provides an interesting challenge as their skin produces secretions that cause allergic reactions in some humans, leading to sneezing and discharge from the eyes and nose.

Our work on Couch's spadefoot toad so far!