In addition to being one of the most common bats of North America, the little brown bat is also one of the smallest known mammalian hibernators with a body mass of 5-8 g. During winter this insectivorous bat is subjected to long periods of cold temperatures and a lack of food. To survive these otherwise inhospitable conditions these bats undergo hibernation in cold caves and other sites. When dormant, bats drop their metabolic rate as low as 1-1.5% of the euthermic state and decrease their core body temperature to near ambient temperatures. During hibernation, metabolism becomes primarily lipid-based, in preparation for this, bats accumulate large lipid reserves during summer/autumn feeding seasons and deposit them as both white and brown adipose tissue. In the 7-9 month hibernation season the bat can remain in constant torpor for several weeks at a time, with torpor bouts lasting for 2-7 weeks between brief periods rewarming euthermic sessions. Currently, the survival of little brown bats is threatened by white nose syndrome. This fungus disrupts the bats hibernation cycle by depleting their lipid stores by stimulating more frequent arousals prior to spring. These massive die-offs have led Canada to list the animals as an endangered species.

Our work on little brown bats so far! 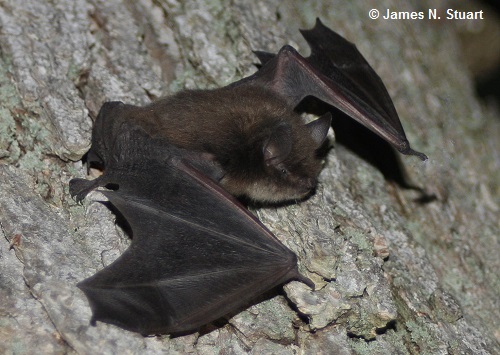