The common box turtle is primarily terrestrial and lives in open woodlands, meadows, and grasslands extending from southern Canada to northern Mexico.

The turtle is known for its hinged shell that allows it to close its shell and protect its head and limbs from danger. The northern counterparts of the turtle are capable of surviving the harsh Canadian winters by going into hibernation. Interestingly, common box turtle adults are the largest freeze-tolerant animals known weighing in at 0.5 kg! When the turtles are frozen they can endure the freezing of over 50% of their total body water and survive their core temperatures dropping to -4⁰C. During hibernation they dig shallow burrows in the loose earth and retreat there from October to April. These turtles use glucose as their cryoprotectant of choice to minimize cell water loss during extracellular ice formation and to stabilize macromolecule structure. 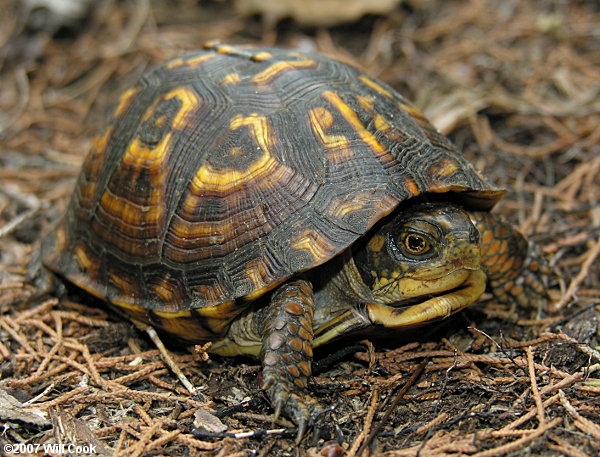